The Best 11 Castles to Visit in Finland (Listed by Popularity)

By Charmaine Waterston
Article Updated: May 27, 2022 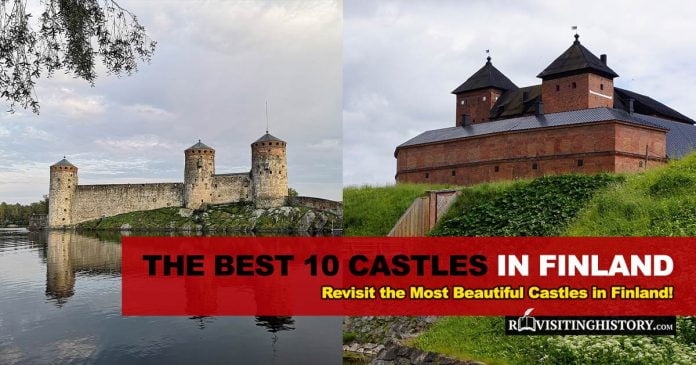 Finland is an enchanting travel destination in the Nordic region, most famous for its spectacular natural light show across the night sky, the Northern Lights.

10 Most Popular Castles to Visit in Finland

Turku Castle is a castle site situated on the shore of Lake Aura in the city of Turku. In combination with the Turku Cathedral on-site, it forms the largest medieval landmark in Finland and is the area’s oldest surviving site.

Featuring Renaissance and Medieval architecture, the castle site is a box-like fort with two thickset gateway towers and a courtyard. The castle construction commenced in 1280 with various additions completed since.

Today, the castle is fully restored, and home to the Turku Historical Museum which is open to the public. Guided tours are available, and certain rooms within the castle are available to rent for events, conferences, and banquets. The cathedral is also open to the public and there are restaurants at the site allowing visitors to dine in the ambience of the rich history of the venue.

Suomenlinna Fortress is situated around 2.5 miles southeast of the Finnish capital, Helsinki, on an area consisting of eight islands. In Swedish, the fortress is named Sveaborg, meaning “Castle of the Swedes”, translated by native Finnish speakers as “Viapori”. It was officially renamed “Suomenlinna” (Finnish for “Castle of Finland”) in 1918, as a gesture of patriotism.

The fortress is a UNESCO World Heritage Site and a much-loved tourist destination for Finland’s locals as well as visitors from around the world. Travelers can take a short ferry trip from Helsinki to the fort, the site is perfect for picnics with breathtaking scenery. The Suomenlinna Museum is open to the public year around with exhibits displaying the progression of the fortress throughout its existence. There are also several popular hotels and restaurants in the area.

Lappeenranta Fortress is a vibrant city within a city! Also known as the old city, the 18th-century defense fortifications boasts a theatre, shops, museums, several restaurants, and the oldest Russian Orthodox church in Finland. The fortress represents a rich blend of culture and history from Finland, Sweden, and Russia.

The fortress is situated in the thriving town of Lappeenranta, on the banks of Lake Saimaa, in the South Karelia region. With its unique location tucked perfectly between east and west, it was built to defend the border against attacks from Northwestern Russia. The fortress formed part of a broad defensive scheme that covered an extensive area.

The ‘living’ landmark is adored by history enthusiasts and tourists from around the world. The site is a popular destination during the local summer months and presents visitors with an incredible combination of historic and modern culture.

Oulu Castle is situated at the mouth of the Oulu River in the outlying town of Oulu, Finland.The castle was built as a stronghold to protect against attacks from invaders. In 1605, the original wooden structures at the site were demolished and another castle, equipped with fire shelters, was commissioned by King Charles IX.

The new castle was severely damaged by the Russians during the Great Northern War, in the early 18th century. In 1793, the castle was almost totally demolished after it was struck by lightning and exploded. Around 1875, wooden structures were added over the remnants of the castle to house an observatory.

Nowadays, the castle ruins are open to the public. On display is an exhibition showcasing the history of the site throughout the centuries. For the hungry visitor, there has been a cafeteria on site since 1912.

The ruins of Raseborg Castle are a beautiful site standing proudly in Raseborg town, Finland. First mentioned around 1378 as a Livonian Order castle, the site boasts a wealth of fascinating history and is said to have been constructed between the 14th and 16th centuries in three distinct phases.

It was ruled and renovated by the Swedes at one point, even pirates temporarily ruled the castle. Eventually, the sea level lowered and Raseborg lost relevancy. The castle was abandoned in 1553 in favor of the recently-built Helenski Castle. Raseborg sat empty for over 300 years until an only-partially successful rebuilding project in the 1890s.

In the present day, the castle ruins are open to the public. Visitors have the option of exploring the site on their own or touring with a guide. As an alfresco site, the venue is only open during the summer.

The Bomarsund Fortress ruins are situated in the Aland region’s Sund municipality. Construction of the fortress started in 1832 under Russian rule. The Aland islands were intended to be transformed into a shielding barrier to ward off attacks from the western world.

The fortress construction was still underway when the area was attacked by British ships in June of 1854. The conflict lasted only a few days but ended undecidedly. However, later in the year the British and French successfully conquered the area and destroyed the fortress. The fortress was never rebuilt.

In the present day, the Bomarsund Fortress ruins are open to the public throughout the year. Resembling an extensive alfresco museum, visitors are able to walk through the remnants at the site. There are also two hiking trails along the outskirts of the fortress walls.

Hame Castle, also referred to as Tavastia Castle, is a restored site situated on the shore of Lake Vanajavesi, in the city of Hameenlinna. The medieval royal castle has an interesting past and has served many purposes throughout its existence over the centuries.

There is still mystery surrounding the exact time of the castle’s construction but it is thought to have been built in the 13th century as a military base. The castle has also served as a residence for Swedish nobility and as a prison.

Today, the Finnish National Board of Antiquities owns and maintains Hame Castle and the museum within. The exhibitions include various artifacts from different periods of the castle’s existence. The castle site is a popular tourist destination. The castle is host to several annual events and a frequently celebrated Renaissance fair.

Built by the Swedes in the 14th century, Kastelholm Castle has a gorgeous view overlooking a fjord. Situated just south of Kastelholm town, in Sund, a municipality of Aland, it is arguably the town’s most popular tourist attraction.

Erected in the 14th century by the Swedish monarchy, the site has been integral in the region’s history throughout the centuries. The golden period of the site was during the 15th and 16th centuries, when the castle courtyard with curtain walls and the exterior were completed.

In the present day, the castle is open to the public. Ancient relics, discovered at the site, are on display in the hall area. Each year in July, the castle hosts a medieval festival for travelers, offering an authentic experience complete with jousting, culinary delights, and dancing.

Kuusisto Castle is a medieval site situated on Kuusisto Island, close to the city of Turku. It is unclear when the castle was constructed, with some sources speculating its existence from the late 13th century.

The original castle is believed to have been a dwelling for the episcopal bishop. Swedish King Gustav I ordered the demolition of the bishop’s castle during the Protestant Reformation, leaving only partial remnants at the site. Beginning in around 1891, archeological work was underway and some partial reconstruction also started.

Today, Kuusisto Castle’s ruins are open to the public. The site is a spot on the two-mile nature walking trail from the Kapelimaki Nature Reserve in the area. A short walk from the ruins, tourists are able to enjoy a meal at the quaint Kuusisto Art Manor summer café, displaying a small exhibition of local art.

Picturesquely positioned on an island near the town of Slovanlinna, Olavinlinna Castle is also known as Saint Olof’s Castle. Since 1912, the castle been the venue for the Slovanlinna Opera Festival during summer.

In the present day, the castle site is a popular tourist destination, with both a Castle Museum features excavated items from the site as well as relics from the area. Several exhibits are displayed at the site for visitors to admire and photograph. There is also an Orthodox Museum open to the public housing remnants of Finnish and Russian origin.

Less Popular Castle Worth Visiting While In Finland

If you are a castle enthusiast, you must take out the time to visit this equally spectacular castle in Finland as well:

Svartholm Fortress is an 18th century stronghold situated just outside the town of Loviisa, on the shore of Loviisa Bay. The fortress has been owned by the Swedes, the Russian Empire, and Finland. Restoration of the site began in the 1960s, under the Finnish National Board of Antiquities. Reconstruction work was finally completed in 1998.

Today, the fortress is open to the public. There are guided tours available as well as an informative exhibition featuring the fortress construction stages and historical information about the site. Visitors enjoy picnics at the spot with breath-taking scenery.

Finland has established itself as an exceptional tourist destination. If you’re ready for a vacation, why not plan a trip to experience the historical and cultural heritage of Finland? With its majestic natural splendor, ancient landmarks and modern amenities, a visit to the country is guaranteed to re-invigorate you! 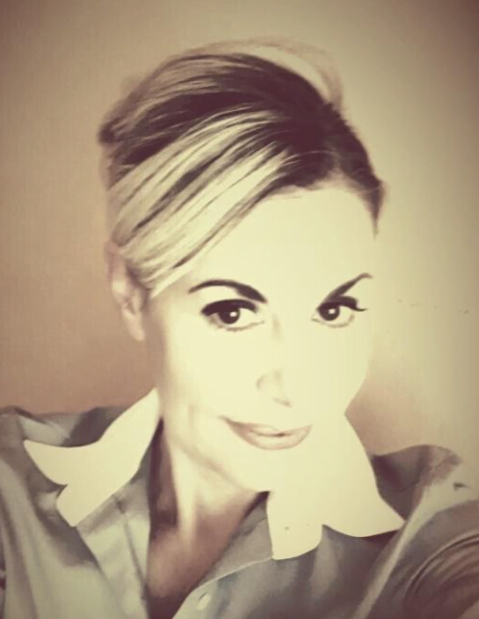