Heidelberg Castle is a beautiful conglomerate of historical eras set on a hillside overlooking the German town of Heidelberg. There has been a castle on the grounds since the 1200s. Inside the castle walls, buildings from several eras ranging from ruins to renovations mix together.  It is an amazing look at the architectural and political history of the German area of the Palatinate.

There is a folk tale that Frederick V arranged for the Elisabeth Gate to be assembled in one night, as a surprise for his bride.

Where is Heidelberg Castle Located?

Heidelberg Castle is built about 80 meters (260 ft) up the face of the Königstuhl mount, overlooking the town of Heidelberg, about an hour’s drive outside Frankfurt.

When was Heidelberg Castle Built? Who Build It?

The first mention of a castle at Heidelberg was in 1214. Although it is safe to say the Count Palatine was responsible, as the titular landholding pre-existed the castle, there is no known reference to an exact name.

The castle is open year-round. There is really no bad season to visit in, but if you’d rather have a more private experience trying visiting in the off-seasons of spring or fall.

The Kurpfälzisches Museum in Heidelberg downtown is an art and archeology collection originally put together by Heidelberg Castle’s one-time castle warden, Charles de Graimberg. Alternatively, visit the summit of the Königstuhl or the remains of the Monastery of St. Michael on the hill across the Neckar River for sweeping views of the surrounding country.

In 1303, two castles were mentioned: an upper castle near today’s Hotel Molkenkur (this castle was destroyed in 1537) and a lower castle at the present castle’s site.

Ruprecht (or Robert) of the Palatinate, one of the seven Prince-Electors of the Holy Roman Empire, was crowned King of Germany in 1401. After his coronation, he came home to a castle at Heidelberg that was far too small for a kingly court. The castle was expanded during his reign. At his death, his holdings were divided between his four sons with the Palatinate (and therefore Heidelberg) going to his eldest, Ludwig III.

Heidelberg is a bit of a strange conglomerate of buildings because the original project was a defensive castle. The outer walls still remain from this stage. Inside those walls, however, later Prince-Electors built a series of residential halls properly termed palaces, making Heidelberg a rare blend of both castle and palace.

The Hall of Glass was built in 1549 by Prince-Elector Frederick II. Prince Otthienrich von der Pfalz built the Otthienrich Building at Heidelberg starting in 1556 when he became Prince-Elector. The building was a grand Renaissance-style palace replete with Roman & Greek-inspired statues in niches on the facade, as well as Christian saints and a representation of himself.

The Frederick Building (named for Frederick IV, not to be confused with the other Fredericks mentioned), was built between 1601 and ‘07. The building replaced a previous medieval building, the foundations are older than the building itself. Frederick IV also used statues on his facade, but they were a line of ancestors reaching back to Charlemagne. The intent: to prove Frederick’s inherent right to rule.

The last building project at Heidelberg Castle began in 1612. Frederick V built the English Building for his new British bride, Princess Elisabeth Stuart. It was part of the marriage negotiations that Heidelberg Castle be expanded. Once the building was completed three years later, the Elisabeth Arch was dedicated at the entrance to the castle. The arch was the final addition to the castle, after 1615 the castle was simply maintained for the duration of its use.

Frederick V only spent four more years at Heidelberg. In 1619, he triggered the Thirty Years War by accepting the crown of Bohemia offered to him by Protestant rebels. He accepted the crown but by the next year, Frederick was on the run from the Holy Roman Empire.

Heidelberg Castle became a battleground for the first time when, in 1622, the area was conquested by General Tilly of the Holy Roman Empire. In 1633, the Swedes attacked and captured Heidelberg. General Tilly fought to regain the castle over the next two years. The Holy Roman Empire held Heidelberg until the Peace of Westphalia (1648) when it was returned to the new Elector-Palatine: Charles Louis, Frederick’s son.

The Palatinate and Heidelberg enjoyed 40 years of (relative) peace. But the death of the last male heir of the House of Palatinate-Simmern started a question of inheritance between the heir’s sister and cousin. Louis XIV fought for the title, initially in favor of his sister-in-law Elizabeth Charlotte, Princess Palatine. Upon her husband’s death, he turned to gain the title in his own right.

As the war became more involved against allied Europeans, France opted to lay waste to the Palatinate as they withdrew to prevent imminent attacks from the area. The castle was burned and the front was blown off the Fat Tower in 1689.

In 1690, Johann Wilhelm II, the cousin of the deceased heir, returned to Heidelberg. He had the walls and towers rebuilt … so well that when the French attacked again over 1691-92 they were unable to breach the town.

French finally breached in ‘93: still unable to take the castle, they destroyed the city to weaken the castle’s support base. The castle capitulated within a day. The French finished what they had started in 1689, blowing up the walls and towers thoroughly with mines.

In 1697, after the Peace of Ryswick ended the Nine Years’ War, the castle was at risk of being demolished entirely. Due to the potential expense of haul-away, Heidelberg Castle was instead abandoned. Over the next century, the castle was plundered of wood, stone, and iron until it became a Romanticism-era favored castle ruin.

In 1822, French count Charles de Graimberg became the voluntary castle warden, living for a time in the Glass Wing. He took the first interest in preserving the castle from further plundering.  Thomas A. Leger was asked to construct the first castle guide during this time.

In 1883, the Grand Duchy of Baden established the “Castle field office” to determine how to preserve or repair the castle, beginning invested interest in long-term preservation. The office opted out of rebuilding the entire castle. The Friedrich Building, which only had fire damage, was restored for 520,000 Marks.

The roof of the Ottheinrich Building had long fallen. In the 20th century, the bottom floor of the building was roofed. Two stories of window openings remain open to the sky. The original facade sculptures were moved indoors to the halls to preserve them.

Through the 20th century, American tourists spread their interest in Heidelberg outside of Europe. By the early 21st century, Heidelberg has over three million visitors annually and around 1,000,000 overnight stays. The castle is, of course, the #1 tourist attraction.

This amazing blend of castle and palace living is well worth a visit. Keep reading for information on the how-tos and need-to-knows of visiting Heidelberg for yourself…

How to get to Heidelberg Castle?

Heidelberg Castle has several different opening hours among its attractions. The gardens are open until dusk daily. The courtyard and wine barrel are open from 8am-6pm daily. The interior of the castle is open, guided tours only, from 9am-5pm, Monday-Sunday all year, except Christmas and New Year’s Eve when the interior closes at 1pm. The German Apothecary Museum, housed in the Ottheinrich Building, is open from 10am-6pm, April-October, and 10am-5:30pm, November-March.

A full visit to Heidelberg Castle usually takes about two hours, including the apothecary museum.

For up to date ticket prices and visiting hours visit the official website: https://www.schloss-heidelberg.de/en/visitor-information 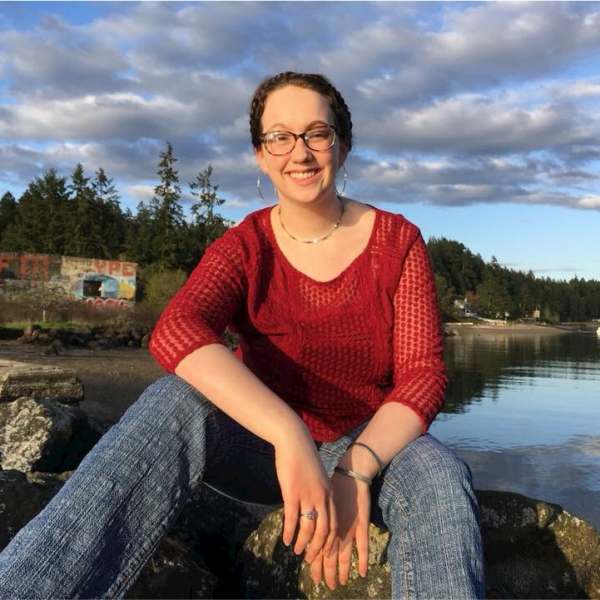