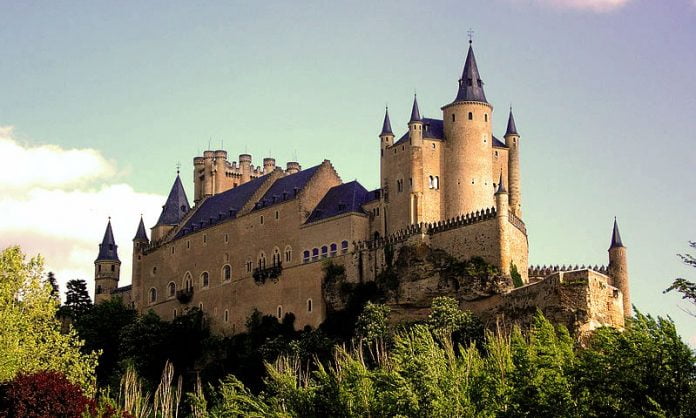 The Alcazar de Segovia or the Castle of Segovia is a stone fortress located in the old city of Segovia, Spain. It is a unique fortification located at the confluence of the and Esrema rivers near the Mountains.

The fact that it was built on top of granite rock and is located in its geographical position is a testament to its initial military status. Indeed the name Alcazar is a term from the Arabic language that means palace or royal residence. Alcazar of Segovia, therefore, translates to a palace or a royal residence of Segovia. The fort hover has constantly changed residents from being used originally as a fortress, later to be used as a royal palace, seat of parliament, state prison, Artillery College and Military Academy. It is one of the most well-known palace-castles in Spain especially due its distinctive bow of a ship shape.

AWESOME QUOTE HERE. At Alcazar de Segovia we appreciate the value of learning outside of the classroom. In this you will find all you need.

Where is the Castle of Segovia Located?

The fort can be found in the old Spanish city of Segovia. It is a unique palace that is perched on the Guadarrama Mountains at the confluence of the Esrema and the Clamores rivers.

When was the Castle of Segovia Built? Who Build It?

Construction of the Alcazar officially started in the year 1120 just shortly after it was recaptured by the Emperor Alphonso VI. Works continued through the years until it was finally finished during the reign of emperor Alphonso VIII after which it served as his royal residence.

You can visit the Alcazar at any time of the year without restrictions, the best time to visit is in autumn when the temperatures are lower and it’s not too hot.

You can visit Monumento a los Héroes del 2 de Mayo, Monument Candido, Mesonero Mayor De Castilla, the Cathedral of Segovia and the Monumento a Juan Bravo. Don’t forget to visit the old city of Segovia too.

Like many castles in Spain, the Alcazar of Segovia started as a wooden Arab fort built over Roman foundations. After its capture by Emperor Alphonso VI in 1120, the work started in order to make it the stone fortress as it is today. The first phase was subsequently concluded during the reign of Alphonse VII who made it his permanent residence.

Over the years the palace became the seat of the royals of the Castile Kingdom and the Transtamara dynasty. In the 13th century, additions were made by Spanish architects working for Henry IV and John II to give it a Gothic air.

The last architectural phase happened in 1587 and was executed by architect Fransisco de Morar in conjunction with Juan de Herera. They added the Escuelo de Honor building, royal courtyard and the sharp spires we see today.

In 1862 the castle’s roof and framework were badly damaged when it served as an Artillery College. It was only in when the Castle of Segovia was finally restored to its original status. XI finally decreed that the Alcazar of Segovia be handed over to the Ministry of War as a military institution. Subsequently, in 1898 the General military archives were created on the upper most floor.

in 1953, the “Patronato del Alcázar” or Alcázar Trust of Segovia was entrusted with ensuring that the fortress facilities were exclusively utilized for military studies as well as opening the facility to the general public.

Today the Castle of Segovia is one of the most famous monuments in the city of Segovia as well as the whole of Spain.

HISTORY QUIZ TO YOUR INBOX!