Which European Country Has The Most Medieval Castles? 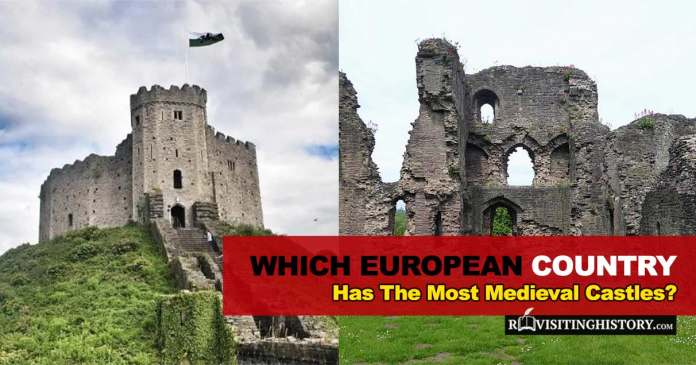 Europe is known for its well-preserved and magnificent castles. The continent offers a diverse range of castles from the archaic medieval castles to modern castles of the twentieth century, each filled with a historical and architectural narrative of its own. From the medieval ruins to magnificently preserved contemporary-styled castles, these tourist sports attract thousands of visitors every year to explore these historical marvels.

Although every European country has its unique catalog of historical castles to display to the world, medieval castles always take the limelight for two major reasons: their historical significance and their architectural distinctiveness.

When it comes to the question as to which country hosts the most medieval castles in Europe: Wales takes the limelight.

Where is Wales Located?

Wales is a sovereign state and a part of the United Kingdom, located on the western edge of Great Britain.

How many medieval castles does Wales host?

Wales has about 600 castles, the majority of which date to the medieval era.

How many castles are standing today as tourist spots?

Out of 600, over 100 Welsh castles stand today as either ruins or restored buildings.

Which is the oldest medieval castle in Wales?

The oldest medieval castle in Wales is Chepstow Castle in Monmouthshire. The castle was built around 1067 AD.

Which is the largest medieval castle in Wales?

Caerphilly Castle that was built in the 13th century is the largest medieval castle in Wales, and the second-largest in the whole of Britain.

Which is the smallest medieval castle in Wales?

Weobley Castle is one of the smallest castles in Wales.

POne of the most famous medieval castles standing today in Wales, Abergavenny Castle was built around 1087. Initially built from timber, the stone fortification of the castle happened around 1100 AD. The castle served as a Norman fortification for the coming centuries and survived numerous attacks by the Welsh forces. The castle suffered extreme damage around 1182 due to forces sent by the Lord of Caerleon. The reconstruction of the castle happened around the thirteenth century, with upgrades continuing into the 14th century. Abandoned and eventually plundered for stone, the only structure that survives intact to this day is the top of the motte, a Victorian-era structure.

Following the death of the Prince of Wales, Llywelyn Ap Gruffudd, the castle was converted into a palatial house with a hunting park and a northern lake. The fortress was later transferred again, by Hugh Despenser, who revamped the castle in Victorian style.

The castle stands proud today, filled with hidden passageways and challenging obstacles known as the “Gilbert Maze” for adventurous visitors and castle lovers to conquer.

Another Welsh castle built on Roman foundations, Barry Castle was constructed in a fortified manner by the famous de Barry family. When the family acquired new land across the Irish Sea after the conquest of Ireland, the importance of Barry Castle dropped as it was reduced to a minor residence.

The castle was later abandoned; it was in ruins by the sixteenth century. Today, the ruins of Barry Castle remain for visitors to explore, with its gatehouse and south range being the only original structures to survive.

Holding international fame, Cardiff Castle is one of the leading heritage attractions in Wales. The castle is believed to be one of the oldest castles in Wales, dating back to as far as 55 AD. From the Roman conquest to the Norman invasions to Welsh civil unrest to the outbreak of World Wars, the Cardiff Castle walls have stood witness to all these historic events.

The castle is not only one of the oldest standing castles in Wales, but it also underwent numerous modifications and reconstructions across time. You will find the architectural impact left by the empires that the castle witnessed throughout history. In terms of its architectural resemblance and historical grandeur, the castle holds a resemblance to Castillo de Coca (Coca Castle) in Spain. Built around the 15th century–1500 years after the first construction of Cardiff–Coca Castle emulates the strong fortress lines and front tower gate notable at Cardiff Castle.

Flint Castle was built in 1277, by King Edward I of England, to make a foothold for the royal forces to conquer Wales. It is the first fortress built by King Edwards among the series of other fortresses forming the ‘Iron Ring’ around the north of Wales.

The castle is a military marvel with its thick walls, drawbridge, and dominating tower to withstand external attacks. The castle was first besieged by the forces of Dafydd ap Gruffydd during the Welsh wars, another attempt was made during the revolt of Madog ap Llywelyn.

Flint Castle is also famous in history for hosting the fateful meeting of Richard II and his rival, crown prince Henry Bolingbroke, in the year 1399.

Caernarfon Castle is not only famous around Wales, but holds worldwide significance as one of the greatest remnants of the medieval period. Built along the River Seiont, the castle finds its parallels with numerous other historical sites including the castles of Harlech, Beaumaris, and Conwy.

The architecture of the castle is focused on ‘defense’. Immense curtain walls and a daunting King’s Gate have long kept intruders from breaking into the castle. The Polygonal towers and masonry were also designed to boost the defense of the castle.

The castle was built around 700 years ago by Master James of St. George, approved by King Edward I. This gigantic project took 47 years to complete. It still stands proud in its perfectly preserved state among fellow Welsh castles.

Deganwy Castle is located in the north of Wales at the mouth of River Conwy. Deganwy once served as an important monument around the Middle Ages. It was used as headquarters by the King of Gwynedd from 520 to 547 AD.

The castle was reinforced with stone walls by King Henry III of England. But, in 1263, Deganwy was abandoned and destroyed by Llywelyn ap Gruffudd, Prince of Wales. The ruins of Deganwy Castle today are the remnants of the stone fortification instigated by King Henry III.

Built around 1093, Pembroke Castle enjoys a long history of fortifications, modifications, and conquests. The castle was first built by Arnulf de Montgomery as a small inner bailey. He set the foundation at the end of the rock promontory, over a natural cavern.

The castle’s natural defensive position allowed it to serve as a strong fortress. Given its strong defenses, the castle was a key location during the English Civil War. Both royal forces and roundheads, the Parliamentary troops, held the castle at different points.

Nonetheless, today the castle stands proud in a perfectly preserved state. Tourists visit around the year to marvel over its historical significance and glory.

These eight castles are just a sampling of the interesting history of the country of Wales and its chain of medieval castles. Let us know in the comments which castle interests you the most or the ones you would like to visit. 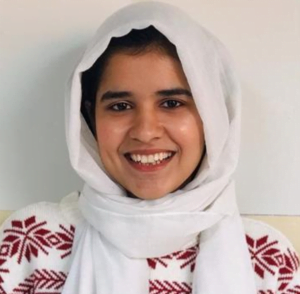