Windsor Castle – The Oldest Occupied Castle in The World 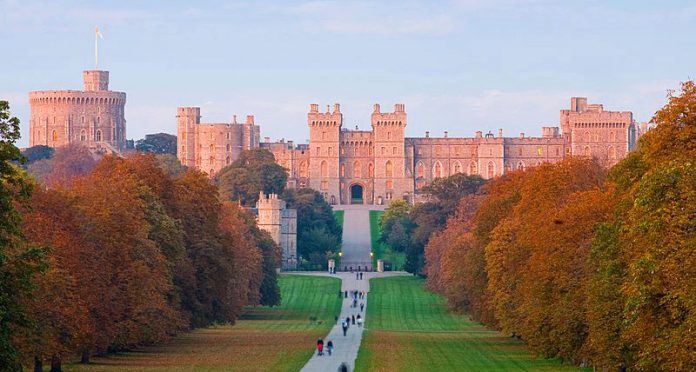 Wealth and royalty are the two words that we often think of whenever we hear the name, “Windsor Castle”.  It has been the home of Great Britain’s kings and queens for more than a thousand years. Now, it is one of Queen Elizebeth’s three official residences.

Windsor Castle was built in the 11th century to be the home of the reigning monarch in England. It’s no wonder that each generation of the royal family continued to occupy the castle even until now. In fact, because of this, Windsor is named the longest-occupied castle in Europe, also boasting the largest occupancy among all the castles in the world.

People from all over often gather at the castle gates for the changing of the guards as well as in the hope of catching a glimpse of the members of the royal family. If you get lucky, you might just see one of them.

The royal family had been residing in Windsor Castle for more than 900 years … and counting.

Where is Windsor Castle Located?

Windsor Castle is located in Berkshire County in London, near the River Thames.

When was Windsor Castle Built? Who Build It?

The castle was first built in the late 11th century by William the Conqueror.

Unlike many other castles, you can visit Windsor throughout the year. You can check out their schedule on their official website.

There are several historical monuments in the area, including the St. George’s Chapel and the Queen Victoria Statue.

Originally, Windsor Castle was supposed to be a military base for the English soldiers. It was commissioned by William the Conqueror as part of the ring of castles to defend London if the need arose. Thus, its location was quite strategic because of its accessibility to the capital and the royal hunting grounds.

Note that this initial construction was carried out in wood and timber, so when Henry II took over as king, he had the walls redone in stone.

Now, by this point, his father Henry I already had his residential quarters at Windsor, so Henry II initiated the process of converting the castle into a palace. This venture consisted of two separate sets of royal apartments. He also added the outer walls in the north, south, and eastern parts of the castle, as well as commissioning the construction of the round tower.

Henry II is also credited with adding the fortified enclosure to Windsor, which consisted of state residences on the lower ward and private ones on the upper ward.

In the late 14th century, Edward III modified Windsor Castle into a Gothic palace. He spent more than £50,000 on the modifications alone. He was also the one who had the old chapel constructed in the place where the Albert Memorial Chapel stands today. The old chapel was later given to the Order of the Garter, which was a coalition of knights of that era.

There were a few significant architectural changes that occurred after Edward III. After the completion of his Gothic-style renovation (6 years after his death), it was Henry VII who built a range on the west side of the state apartments. Then, Henry VIII came along and added the gate at the lower ward.

During the reign of Elizabeth I,  Windsor Castle became her safe haven. She improved the castle’s defenses and also commissioned the northern gallery, which was later merged into the Royal Library.

Throughout the years, the castle underwent modifications. There was the renovation of the State Apartments by Charles II when he reclaimed the throne, followed by George III’s addition of the Music Room and Dining Room in the upper ward. Then George IV came along, and with the help of his advisor Sir Charles, he gave the exterior of Windsor Castle a Gothic makeover. Queen Victoria restored the Grand Staircase and added another chapel.

A major fire occurred at Windsor in 1992. It actually started in Queen Victoria’s chapel and quickly spread out. Immediate restoration work was carried out under the Duke of Edinburgh and the redesign was done in a Neo-Gothic style. It took 5 years for the entire venture to be completed.

In current times, Windsor Castle is not just the home of the British Royals but also a place of history and learning. The Royal family opened some of the parts of the castle for the public.

Guests are able to see both the interior and exterior parts of the castle walls. They are allowed to roam around the vast courtyard outside the castle, as well as visit some of the state apartments and staterooms.

The state apartments are adorned with some of the important paintings in history.  Interestingly, some of the royal murals and paintings were restored to look exactly like how they were when first made.

The royal family continues to share the real story of the magnificent past of England over the past years. Today, it is one of the biggest attractions in the country and one of the top castles to visit in England.

As one of the most fascinating castles in all of the UK, Windsor also holds the distinct honor of being the beloved home of the Royal Family. This gives it an extra touristic edge and if you’re planning to go there, here’s all the information that you’ll need:

How to get to Windsor Castle?

Getting to Windsor Castle is quite easy if you’re commuting from London. The best way to get there is by train, as it’s also the cheapest. You can take a train from London Waterloo and get off directly at Windsor. The total cost would come around between £11-£23 ($14-$29 USD); the journey takes almost an hour.

Like many castles across the UK, Windsor Castle has different opening times in summer and winters. From March to October, it opens at 10:00 am and closes at 05:15 pm. From November to 28th February, the opening times are 10:00 am to 04:15 pm. The last entry is 4:00 pm during summers and 3:00 pm in winters. Note that the castle is closed on Tuesdays and Wednesdays.

The castle Admission Center urges visitors to book their tickets in advance, especially if you’re planning to visit in the morning. That’s the absolute busiest time of the day at Windsor.

There are also discounted prices for groups as well as families. You can get further information on the official website.

Around 2.5 to 3 hours are recommended to explore Windsor Castle fully.

For up to date ticket prices and visiting hours visit the official website: https://www.rct.uk/visit/windsor-castle?gclid=CjwKCAjwwdWVBhA4EiwAjcYJECYbxtnUd7o8C1n03fHA31r3POTgbm9JDBB_J2JIlD_K6uTzqWmN9hoCR08QAvD_BwE

This castle made it to our list of the best virtual castle tours. Tour around from the comfort of your own home and don’t forget to explore other castles on this list!